1.
And it was in the eighty-fourth year
of the life of Noah, that Enoch the son of Seth died, he was nine hundred and
five years old at his death.

2.
And in the one hundred and seventy
ninth year of the life of Noah, Cainan the son of Enosh died, and all the days of Cainan
were nine hundred and ten years, and he died.

3.
And in the two hundred and thirty
fourth year of the life of Noah, Mahlallel the son of
Cainan died, and the days of Mahlallel
were eight hundred and ninety-five years, and he died.

4.
And Jared the son of Mahlallel died in those days, in the three hundred and
thirty-sixth year of the life of Noah; and all the days of Jared were nine
hundred and sixty-two years, and he died.

5.
And all who followed the Lord died in
those days, before they saw the evil which God declared to do upon earth.

6.
And after the lapse of many years, in
the four hundred and eightieth year of the life of Noah, when all those men,
who followed the Lord had died away from amongst the sons of men, and only
Methuselah was then left, God said unto Noah and Methuselah, saying,

7.
Speak ye, and proclaim to the sons of
men, saying, Thus saith the Lord, return from your
evil ways and forsake your works, and the Lord will repent of the evil that he
declared to do to you, so that it shall not come to pass.

8.
For thus saith
the Lord, Behold I give you a period of one hundred and twenty years; if you
will turn to me and forsake your evil ways, then will I also turn away from the
evil which I told you, and it shall not exist, saith
the Lord.

9.
And Noah and Methuselah spoke all the
words of the Lord to the sons of men, day after day, constantly speaking to
them.

10.
But the sons of men would not hearken
to them, nor incline their ears to their words, and they were stiffnecked.

11.
And the Lord granted them a period of
one hundred and twenty years, saying, If they will return, then will God repent
of the evil, so as not to destroy the earth.

12.
Noah the son of Lamech
refrained from taking a wife in those days, to beget children, for he said,
Surely now God will destroy the earth, wherefore then shall I beget children?

13.
And Noah was a just man, he was
perfect in his generation, and the Lord chose him to raise up seed from his
seed upon the face of the earth.

14.
And the Lord said unto Noah, Take
unto thee a wife, and beget children, for I have seen thee righteous before me
in this generation.

15.
And thou shalt
raise up seed, and thy children with thee, in the midst of the earth; and Noah
went and took a wife, and he chose Naamah the
daughter of Enoch, and she was five hundred and eighty years old.

16.
And Noah was four hundred and
ninety-eight years old, when he took Naamah for a
wife.

18.
And Noah was five hundred and two
years old when Naamah bare Shem, and the boys grew up
and went in the ways of the Lord, in all that Methuselah and Noah their father
taught them.

19.
And Lamech
the father of Noah, died in those days; yet verily he did not go with all his
heart in the ways of his father, and he died in the hundred and ninety-fifth year
of the life of Noah.

20.
And all the days of Lamech were seven hundred and seventy years, and he died.

21.
And all the sons of men who knew the
Lord, died in that year before the Lord brought evil upon them; for the Lord
willed them to die, so as not to behold the evil that God would bring upon
their brothers and relatives, as he had so declared to do.

22.
In that time, the Lord said to Noah
and Methuselah, Stand forth and proclaim to the sons of men all the words that
I spoke to you in those days, peradventure they may turn from their evil ways,
and I will then repent of the evil and will not bring it.

23.
And Noah and Methuselah stood forth,
and said in the ears of the sons of men, all that God had spoken concerning
them.

24.
But the sons of men would not
hearken, neither would they incline their ears to all their declarations.

25.
And it was after this that the Lord
said to Noah, The end of all flesh is come before me, on account of their evil
deeds, and behold I will destroy the earth.

26.
And do thou take unto thee gopher
wood, and go to a certain place and make a large ark, and place it in that
spot.

28.
And thou shalt
make unto thee a door, open at its side, and to a cubit thou shalt finish above, and cover it within and without with
pitch.

29.
And behold I will bring the flood of
waters upon the earth, and all flesh be destroyed, from under the heavens all
that is upon earth shall perish.

30.
And thou and thy household shall go
and gather two couple of all living things, male and female, and shall bring
them to the ark, to raise up seed from them upon earth.

31.
And gather unto thee all food that is
eaten by all the animals, that there may be food for thee and for them.

32.
And thou shalt
choose for thy sons three maidens, from the daughters of men, and they shall be
wives to thy sons.

33.
And Noah rose up, and he made the
ark, in the place where God had commanded him, and Noah did as God had ordered
him.

34.
In his five hundred and ninety-fifth
year Noah commenced to make the ark, and he made the ark in five years, as the
Lord had commanded.

35.
Then Noah took the three daughters of
Eliakim, son of Methuselah, for wives for his sons,
as the Lord had commanded Noah.

36.
And it was at that time Methuselah
the son of Enoch died, nine hundred and sixty years old was he, at his death.

The BOOK OF JASHER 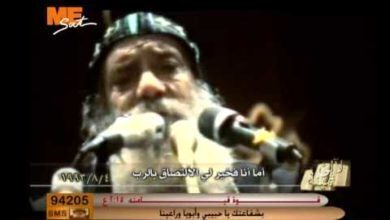