1.
And Isaac the son of Abraham was
still living in those days in the ; he was very
aged, one hundred and eighty years old, and Esau his son, the brother of Jacob,
was in the , and he and
his sons had possessions in it amongst the children of Seir.

2.
And Esau heard that his father’s time
was drawing nigh to die, and he and his sons and household came unto the land
of Canaan, unto his father’s house, and Jacob and his sons went forth from the
place where they dwelt in Hebron, and they all came to their father Isaac, and
they found Esau and his sons in the tent.

3.
And Jacob and his sons sat before his
father Isaac, and Jacob was still mourning for his son Joseph.

4.
And Isaac said unto Jacob, Bring me
hither thy sons and I will bless them; and Jacob brought his eleven children
before his father Isaac.

5.
And Isaac placed his hands upon all
the sons of Jacob, and he took hold of them and embraced them, and kissed them
one by one, and Isaac blessed them on that day, and he said unto them, May the
God of your fathers bless you and increase your seed like the stars of heaven
for number.

6.
And Isaac also blessed the sons of
Esau, saying, May God cause you to be a dread and a terror to all that will
behold you, and to all your enemies.

7.
And Isaac called Jacob and his sons,
and they all came and sat before Isaac, and Isaac said unto Jacob, The Lord God
of the whole earth said unto me, Unto thy seed will I give this land for an
inheritance if thy children keep my statutes and my ways, and I will perform
unto them the oath which I swore unto thy father Abraham.

8.
Now therefore my son, teach thy
children and thy children’s children to fear the Lord, and to go in the good
way which will please the Lord thy God, for if you keep the ways of the Lord
and his statutes the Lord will also keep unto you his covenant with Abraham,
and will do well with you and your seed all the days.

9.
And when Isaac had finished
commanding Jacob and his children, he gave up the ghost and died, and was
gathered unto his people.

10.
And Jacob and Esau fell upon the face
of their father Isaac, and they wept, and Isaac was one hundred and eighty
years old when he died in the , in , and his
sons carried him to the , which
Abraham had bought from the children of Heth for a possession of a burial
place.

12.
And the sons of Jacob and the sons of
Esau went barefooted round about, walking and lamenting until they reached
Kireath-arba.

13.
And Jacob and Esau buried their
father Isaac in the , which is in
Kireath-arba in , and they
buried him with very great honor, as at the funeral of kings.

14.
And Jacob and his sons, and Esau and
his sons, and all the kings of made a great
and heavy mourning, and they buried him and mourned for him many days.

15.
And at the death of Isaac, he left
his cattle and his possessions and all belonging to him to his sons; and Esau
said unto Jacob, Behold I pray thee, all that our father has left we will
divide it in two parts, and I will have the choice, and Jacob said, We will do
so.

16.
And Jacob took all that Isaac had
left in the land of Canaan, the cattle and the property, and he placed them in
two parts before Esau and his sons, and he said unto Esau, Behold all this is
before thee, choose thou unto thyself the half which thou wilt take.

17.
And Jacob said unto Esau, Hear thou I
pray thee what I will speak unto thee, saying, The Lord God of heaven and earth
spoke unto our fathers Abraham and Isaac, saying, Unto thy seed will I give
this land for an inheritance forever.

18.
Now therefore all that our father has
left is before thee, and behold all the land is before thee; choose thou from
them what thou desirest.

20.
And Nebayoth, the son of Ishmael, was
then in the land with his children, and Esau went on that day and consulted
with him, saying.

21.
Thus has Jacob spoken unto me, and
thus has he answered me, now give thy advice and we will hear.

22.
And Nebayoth said, What is this that
Jacob hath spoken unto thee? behold all the children of are dwelling
securely in their land, and Jacob sayeth he will inherit it with his seed all
the days.

23.
Go now therefore and take all thy
father’s riches and leave Jacob thy brother in the land, as he has spoken.

24.
And Esau rose up and returned to
Jacob, and did all that Nebayoth the son of Ishmael had advised; and Esau took
all the riches that Isaac had left, the souls, the beasts, the cattle and the
property, and all the riches; he gave nothing to his brother Jacob; and Jacob
took all the land of Canaan, from the brook of Egypt unto the river Euphrates,
and he took it for an everlasting possession, and for his children and for his
seed after him forever.

25.
Jacob also took from his brother Esau
the , which is in
, which
Abraham had bought from Ephron for a possession of a burial place for him and
his seed forever.

26.
And Jacob wrote all these things in
the book of purchase, and he signed it, and he testified all this with four
faithful witnesses.

27.
And these are the words which Jacob
wrote in the book, saying: The land of Canaan and all the cities of the
Hittites, the Hivites, the Jebusites, the Amorites, the Perizzites, and the
Gergashites, all the seven nations from the river of Egypt unto the river
Euphrates.

28.
And the city of
Kireath-arba, and the cave which is in it, the whole did Jacob buy from his
brother Esau for value, for a possession and for an inheritance for his seed
after him forever.

29.
And Jacob took the book of purchase and
the signature, the command and the statutes and the revealed book, and he
placed them in an earthen vessel in order that they should remain for a long
time, and he delivered them into the hands of his children.

30.
Esau took all that his father had
left him after his death from his brother Jacob, and he took all the property,
from man and beast, camel and ass, ox and lamb, silver and gold, stones and
bdellium, and all the riches which had belonged to Isaac the son of Abraham;
there was nothing left which Esau did not take unto himself, from all that
Isaac had left after his death.

31.
And Esau took all this, and he and
his children went home to the land of Seir the Horite, away from his brother
Jacob and his children.

32.
And Esau had possessions amongst the
children of Seir, and Esau returned not to the from that
day forward.

33.
And the whole became an
inheritance to the children of for an
everlasting inheritance, and Esau with all his children inherited the . 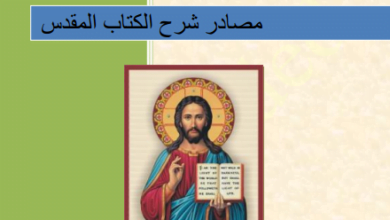 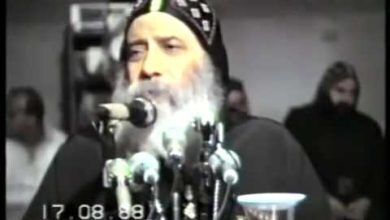