1.
At that time the children of Tarshish
came against the sons of Ishmael, and made war with them, and the children of
Tarshish spoiled the Ishmaelites for a long time.

3.
And the old men of the Ishmaelites sent
a record to the king of , saying,
Send I pray thee unto thy servants officers and hosts to help us to fight
against the children of Tarshish, for we have been consuming away for a long
time.

4.
And Pharaoh sent Joseph with the
mighty men and host which were with him, and also his mighty men from the
king’s house.

6.
And when the was subdued,
all the Tarshishites ran away, and came on the border of their brethren the
children of Javan, and Joseph with all his mighty men and host returned to , not one man
of them missing.

7.
And at the revolution of the year, in
the second year of Joseph’s reigning over , the Lord
gave great plenty throughout the land for seven years as Joseph had spoken, for
the Lord blessed all the produce of the earth in those days for seven years,
and they ate and were greatly satisfied.

8.
And Joseph at that time had officers
under him, and they collected all the food of the good years, and heaped corn
year by year, and they placed it in the treasuries of Joseph.

9.
And at any time when they gathered
the food Joseph commanded that they should bring the corn in the ears, and also
bring with it some of the soil of the field, that it should not spoil.

10.
And Joseph did according to this year
by year, and he heaped up corn like the sand of the sea for abundance, for his
stores were immense and could not be numbered for abundance.

11.
And also all the inhabitants of gathered all
sorts of food in their stores in great abundance during the seven good years,
but they did not do unto it as Joseph did.

13.
And the inhabitants of filled each
man his store and his concealed place with corn, to be for support during the
famine.

14.
And Joseph placed all the food that
he had gathered in all the cities of , and he
closed all the stores and placed sentinels over them.

15.
And Joseph’s wife Osnath the daughter
of Potiphera bare him two sons, Manasseh and Ephraim, and Joseph was
thirty-four years old when he begat them.

16.
And the lads grew up and they went in
his ways and in his instructions, they did not deviate from the way which their
father taught them, either to the right or left.

17.
And the Lord was with the lads, and
they grew up and had understanding and skill in all wisdom and in all the
affairs of government, and all the king’s officers and his great men of the
inhabitants of exalted the
lads, and they were brought up amongst the king’s children.

19.
And all the people of saw that the
famine had commenced in the , and all the
people of opened their
stores of corn for the famine prevailed over them.

20.
And they found all the food that was
in their stores, full of vermin and not fit to eat, and the famine prevailed
throughout the land, and all the inhabitants of came and
cried before Pharaoh, for the famine was heavy upon them.

21.
And they said unto Pharaoh, Give food
unto thy servants, and wherefore shall we die through hunger before thy eyes,
even we and our little ones?

22.
And Pharaoh answered them, saying,
And wherefore do you cry unto me? did not Joseph command that the corn should
be laid up during the seven years of plenty for the years of famine? and
wherefore did you not hearken to his voice?

23.
And the people of Egypt answered the
king, saying, As thy soul liveth, our lord, thy servants have done all that
Joseph ordered, for thy servants also gathered in all the produce of their
fields during the seven years of plenty and laid it in the stores unto this
day.

24.
And when the famine prevailed over
thy servants we opened our stores, and behold all our produce was filled with
vermin and was not fit for food.

25.
And when the king heard all that had
befallen the inhabitants of Egypt, the king was greatly afraid on account of
the famine, and he was much terrified; and the king answered the people of
Egypt, saying, Since all this has happened unto you, go unto Joseph, do
whatever he shall say unto you, transgress not his commands.

26.
And all the people of went forth
and came unto Joseph, and said unto him, Give unto us food, and wherefore shall
we die before thee through hunger? for we gathered in our produce during the
seven years as thou didst command, and we put it in store, and thus has it
befallen us.

27.
And when Joseph heard all the words
of the people of and what had
befallen them, Joseph opened all his stores of the produce and he sold it unto
the people of .

28.
And the famine prevailed throughout the
land, and the famine was in all countries, but in the there was
produce for sale.

29.
And all the inhabitants of came unto
Joseph to buy corn, for the famine prevailed over them, and all their corn was
spoiled, and Joseph daily sold it to all the people of .

30.
And all the inhabitants of the land
of Canaan and the Philistines, and those beyond the Jordan, and the children of
the east and all the cities of the lands far and nigh heard that there was corn
in Egypt, and they all came to Egypt to buy corn, for the famine prevailed over
them.

31.
And Joseph opened the stores of corn
and placed officers over them, and they daily stood and sold to all that came.

33.
It is the pleasure of the king, of
his second and of their great men, that any person who wishes to buy corn in
Egypt shall not send his servants to Egypt to purchase, but his sons, and also
any Egyptian or Canaanite, who shall come from any of the stores from buying
corn in Egypt, and shall go and sell it throughout the land, he shall die, for
no one shall buy but for the support of his household.

34.
And any man leading two or three
beasts shall die, for a man shall only lead his own beast.

35.
And Joseph placed sentinels at the
gates of Egypt, and commanded them, saying, Any person who may come to buy
corn, suffer him not to enter until his name, and the name of his father, and
the name of his father’s father be written down, and whatever is written by
day, send their names unto me in the evening that I may know their names.

36.
And Joseph placed officers throughout
the land of Egypt, and he commanded them to do all these things.

37.
And Joseph did all these things, and
made these statutes, in order that he might know when his brethren should come
to Egypt to buy corn; and Joseph’s people caused it daily to be proclaimed in
Egypt according to these words and statutes which Joseph had commanded.

39.
And all the officers of Egypt did as
Joseph had commanded, and all that came to Egypt to buy corn, the gate keepers
would write their names, and their fathers’ names, and daily bring them in the
evening before Joseph. 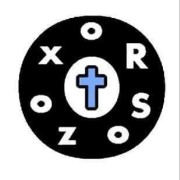